“I feel like I didn’t breathe the whole time,” reveals J. Smith-Cameron about her surprising and risque story arc during the second season of HBO’s acclaimed drama “Succession.” “It was like an acting workout!” Watch our exclusive video interview with Smith-Cameron above.

In “Succession,” Smith-Cameron plays trusted advisor Gerri, general counsel to the Waystar Royco multimedia empire headed up by dominating mogul Logan Roy (Brian Cox). It has become a sensation as a seductive mix of Machiavellian boardroom antics, dynastic politics and devastating family dysfunction, with a stellar cast performing some of the most searing dialogue on television.

The show follows a family in constant upheaval as they navigate the endlessly brutal power struggles between Roy, his entitled and damaged adult children Kendall (Jeremy Strong), Shiv (Sarah Snook), Roman (Kieran Culkin) and Connor (Alan Ruck) and the extended family and associates that orbit them.

Season 2 saw dependable, unflappable lawyer Gerri become entangled in an unexpected flirtation with Roman, the youngest of the Roy clan.”I still find that a very odd story line myself,” Smith-Cameron admits with a wry smile. “Gerri is also bewildered and trying to figure out how to manage it. I mean if you think about it, it’s weird, it’s inappropriate, but also he is a Roy and she’s fond of him in spite of herself. He’s a charismatic, important person and there might be a little bit of ‘hmm, let’s see what this is’,” she says.

As the season progresses, the relationship between Gerri and Roman moves from off-the-cuff flirtation to a strange, fetishized sexual connection between Gerri and her younger counterpart. “Luckily for me I think that Gerri is also off-center with it and thinking on her feet and trying to figure it out as he goes along,” she explains. “It changes beat to beat in each scene. Sometimes I’m horrified, sometimes I’m bewildered and sometimes I’m bemused and maybe sometimes there’s actually a little frisson between them that’s legitimate in spite of themselves. I don’t even want to ask them what they’ve got in store for season three, but I am very excited about seeing where it will go!”

The story arc culminated in a memorable scene midway through the season when Roman and Gerri share a strangely intimate moment through a bathroom door. “It changed on a dime,” Smith-Cameron reveals. “It goes from ‘oh brother,’ to real sympathy for him [as] he was caught out and embarrassed and humiliated,” she says. “Then she’s horrified and then her being horrified is what turns him on and then she takes that in and then it’s flirty for a moment. So it’s one micro-beat after another. It was a bit like an obstacle course to film, but really exciting.” 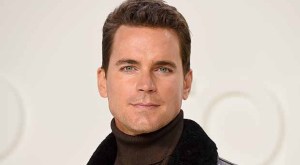 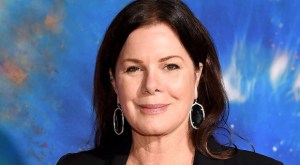 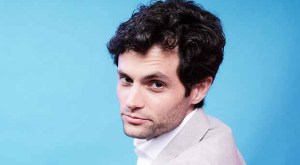 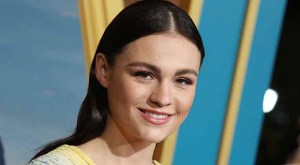