When Jake Lacy was offered the role of Clyde, the on-again off-again love interest of the show’s main character on Hulu’s “High Fidelity,” he asked the show’s producers how his character might be more than just “wallpaper.” After often playing nice guys and boyfriends in film and on TV, Lacy wanted to do more than the typical cardboard-cutout love interest trope often seen on romantic comedies.

“Often the parts that I have played are in a lot of ways a character that completes somebody else’s arc,” he explains. “Sometimes those characters are not fleshed out as well because their part of the story is to assist someone else’s narrative.” Watch our exclusive video interview with Lacy above.

“High Fidelity” follows Robyn “Rob” Brooks (Zoe Kravitz), an unlucky in love music fan who owns a record store in Brooklyn, NY. Rob revisits past relationships, sharing her innermost feelings with the audience (by breaking the fourth wall), while trying to get over her breakup with Mac (Kingsley Ben-Adir), dating Clyde (Lacy) and hanging out with co-workers Cherise (Da’Vine Joy Randolph) and Simon (David H. Holmes).

The romantic comedy was developed for Hulu by Sarah Kucserka and Veronica West, based on the acclaimed novel by Nick Hornby. It premiered last February, 20 years after the Stephen Frears film adaptation of the same name that starred John Cusack, Jack Black and in some fascinating casting, Kravitz’s mother Lisa Bonet.

In developing the Clyde character, Lacy and was keen to give the character more depth and nuance than what audiences have become accustomed to in the romantic comedy genre. “Clyde starts out as a kind of ‘meh’ date that she goes on and then you see him have a backbone through the whole thing. Even though he’s enamored with this girl,” he reveals, “he’s trying to hash out the difference between being a good guy and a nice guy. You can be the good guy and not always be the nicest guy,” he says.

The show’s first season ends on somewhat of a bittersweet cliffhanger, as Clyde, after avoiding Rob’s phone calls, agrees to meet her one last time and admits that there may be a slight chance that they might reconnect as friends. While cast, crew and fans await a possible second season pick-up from Hulu, Lacy says that whatever happens, he hopes the show continues to portray that relationship authentically.

“That’s tricky. As an actor, I would like Clyde to be in every episode,” he laughs. “It’s fun for me to imagine where the ‘do they don’t they, will they won’t they’ thing goes,” he says, adding that he’s “happy to see, not just the dysfunction, but I want to see people trying to be better than their dysfunction and maybe progressing and maybe not. And whether that means two people wind up together or as friends or as exes or whatever it is, I just want to feel like that’s a thing that we’re putting out into the world because for me, that’s what I deal with in my own personal life and they’re the stories right now that I really latch onto as a viewer.” 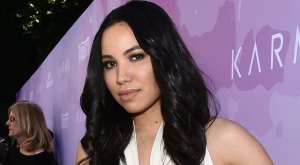 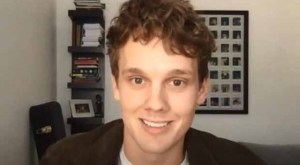 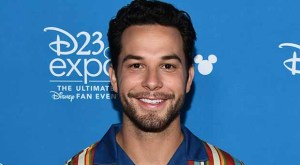 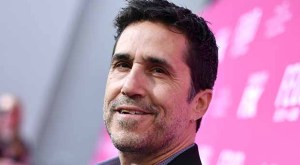