“Being in ‘White Lotus’ really changed it all up for me, I’m reaping the benefits of getting a killer part,” admits Jennifer Coolidge about having her big moment in the awards spotlight for her now-iconic role in “The White Lotus.” For our recent webchat she adds, “I think it’s hard to get these sort of advantageous moments unless someone writes these great parts for you. I lucked out and Mike White gave me a couple gifts, some giant gifts. It doesn’t feel real, but I’m as grateful as I could ever be.” Watch our exclusive video interview above.

SEE over 200 interviews with 2023 awards contenders

“The White Lotus” was created, written and directed by Emmy winner Mike White, following a week in the life of guests and employees at a fictional White Lotus luxury hotel in far-flung exotic locations. Originally intended as a six-part limited series, “The White Lotus” became such a huge critical and commercial sensation last year that HBO renewed it for round two. Last season was set among the swaying palm trees of Maui, while this season takes place against the backdrop of the ancient Ionian sunsets of Sicily. With each passing day, we learn more about the dysfunctional vacationers and the resort’s beleaguered staff members, culminating in White’s signature reveal of the identity of a mysterious dead body teased in each season’s opening scene.

After appearing together in Season 1, Coolidge and Jon Gries returned for “The White Lotus: Sicily” as wealthy resort guest Tanya McQuoid and her new husband Greg. Season 2 also co-stars Oscar winner F. Murray Abraham, Adam DiMarco, Meghann Fahy, Beatrice Grannò, Jon Gries, Tom Hollander, Sabrina Impacciatore, Emmy winner Michael Imperioli, Theo James, Aubrey Plaza, Haley Lu Richardson, Will Sharpe, Simona Tabasco and Leo Woodall. The season opens on the beach as a dead body is discovered floating on the shore. We flash back a week earlier as the guests arrive, and it seems that there’s trouble in paradise, because after the newlyweds arrive in Sicily, Greg suddenly and mysteriously needs to leave Italy. A lonesome Tanya encounters Quentin (Hollander), who befriends and lures her into his eclectic circle of high-end gays, building to a climactic twist as Tanya’s Sicilian adventure comes to a shocking end.

The in-demand Coolidge also featured in ‘The Watcher” this past season, Netflix’s mystery thriller created by Ryan Murphy and Ian Brennan, which was inspired by the true story of the infamous “Watcher” house in New Jersey. It stars Naomi Watts, Bobby Cannavale, Mia Farrow and Margo Martindale and follows the Brannock family, who moves from the city to their suburban dream home. Their dream soon becomes a nightmare as they begin receiving ominous letters from someone calling themselves The Watcher, and as they contend with this sinister threat from an unknown stalker, they also begin discovering neighborhood’s mysterious secrets, suspecting all of their strange neighbors and eventually even each other.

[Spoiler alert] “The White Lotus: Sicily” ends with Coolidge’s character stuck on a luxury yacht off the Sicilian coast, where she realizes that “these gays are trying to murder me!” The actress loved that line, and is thrilled that it has gone viral, as it is plastered on t-shirts and mugs worldwide and DJs sample it in gay clubs everywhere. And while she really loved Tanya’s storyline this season, which culminates in a (literally) over-the-top death scene as a frightened Tanya trips and falls off the boat to her untimely death, she wonders whether she should have performed the dangerous stunt herself. “I was upset that they wouldn’t let me do my own stunt! I was furious, but you know, it was very late at night and they were afraid that I would probably misjudge the fall and it’d be a big huge insurance risk, I’m sure,” she jokes. “But I really wanted to do it. I really wanted to die myself, to see what it would be like,” Coolidge explains, adding that “it was such a dramatic ending, being on a boat. It’s very scary! Imagine, you know, being on a boat where you realize people are going to murder you. I mean, there’s nowhere to go. And, what do you prefer, drowning, or these these guys shooting you in the head? Um, it’s all bad!” 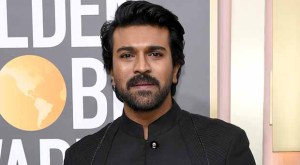