Jim Parsons interview: ‘The Boys in the Band’ and ‘Hollywood’

“There’s so many things that actors can do, but you have to be given the opportunity,” explains Jim Parsons. The Emmy winner was given two opportunities to shine in dramatic roles this year in the Netflix limited series “Hollywood” and the film “The Boys in the Band.” Both projects came from producer Ryan Murphy, whom the actor describes as “very much like an angel and a godfather to me.” Watch the exclusive video interview above.

Parsons is thankful for his creative “godfather” for offering projects “that I didn’t know I was hungry to do.” In Murphy’s reimagining of the golden age of film in “Hollywood,” the actor takes on real life talent agent Harry Willson. And in the film adaptation of Mart Crowley’s play “The Boys in the Band,” the thespian delves into the tortured mind of Michael, a gay Manhattanite in 1968 struggling to accept himself. “Both are homosexuals dealing with the times in which they’re alive,” notes Parsons.

The time periods means there is an element of unfortunate self loathing that connects the roles. Michael is living in the era just before the Stonewall riots, where pent up emotions were about to explode. But the actor notes that for Willson, “there was no explosion nearing.” The pressures of each time period result in unseemly actions for both characters. Michael lashes out at his closest friends. Harry is conniving and sexually manipulative with his clients. Parsons was intrigued to tackle these men back to back, because their frustrating actions piqued his curiosity. As he puts it, one of the greatest joys for an actor is “pinpointing the humanizing reason of why someone does the things they do.”

Living in these two worlds helped Parsons understand the rage and self loathing that a gay man would have felt in decades past. This is particularly true for “The Boys in the Band,” which Parsons first performed on Broadway before he and the whole cast committed the work to film. The cast, which also includes Zachary Quinto, Matt Bomer, Robin de Jesus, and Andrew Rannells, consists entire of out gay actors. The “historical ramifications” of that casting became clearer to Parsons as he spent more time with the play. Most of the original Off-Broadway cast from 1968 never worked again simply for having played openly gay men on stage. Looking at how much life has improved for LGBTQ people since “The Boys in the Band” was first performed “made it an extra point of pride to be part of this group of gay men.”

“Everything hit harder and deeper” in the film, Parsons explains of the adaptation. “The potency inside Mart’s work is this powder keg of frustration.” And now, as the world has become more welcoming towards the gay men depicted in the movie, the actor believes a wider audience can see themselves in Michael’s pain. Parsons says that the changing times “has allowed Mart’s specific, brutal words to be a stand in for so many types of other people who feel othered or neglected.” 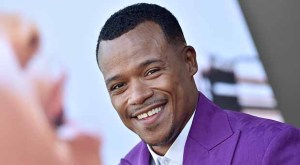 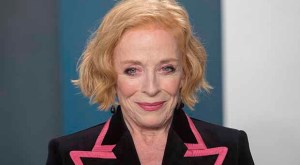 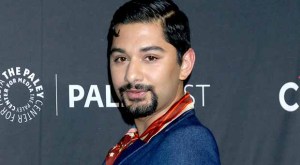 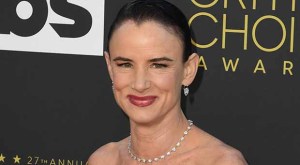