For acclaimed re-recording mixer Jon Taylor, getting the chance to work on “Guillermo del Toro’s Pinocchio” was an entirely new experience.

“I’ve never done a film like this before,” Taylor, a four-time Oscar nominee for “Unbroken,” “Birdman,” “The Revenant” and “First Man,” tells Gold Derby about the stop-motion animated feature in an exclusive video interview as part of our Meet the Experts: Sound panel. The medium, Taylor says, provided the sound team with many advantages, but also some challenges. Watch the exclusive video interview above.

“It’s all so precise in the sound that there’s nowhere to hide. You just don’t add extra things to cover production flaws or help loop lines,” he adds. “All of the dialogue and all the music is recorded generally in many different places over the past three years or so. And stringing that together to make it sound like one is definitely a challenge. It was a little more challenging than I would have figured honestly.”

Based on the book by Carlo Collodi and adapted for the screen by del Toro and Patrick McHale, “Guillermo del Toro’s Pinocchio” is a project the Oscar-winning director has wanted to tackle for years. Netflix helped make his dream a reality, allowing del Toro and co-director Mark Gustafson the time and space to adapt the famous children’s story in their own way. The result is an animated feature that leans into adult themes both emotional and political – but one that still has time for a robust musical score from Alexandre Desplat and a bevy of original songs. One of those tracks, “Ciao Papa,” is already a serious contender for awards recognition this year, showing up on the Oscars shortlist for Original Song. (The “Guillermo del Toro’s Pinocchio” sound team has also received recognition from the Oscars shortlist, BAFTA longlist, Cinema Audio Society, and Motion Picture Sound Editors, among other citations.)

Taylor, the film’s re-recording mixer, says “Ciao Papa” as a standalone recording was peerless. “When you take it and just play, it’s beautiful,” he says of the song, which was written by del Toro and Roeban Katz with music by Desplat and vocals from Pinocchio actor Gregory Mann. “Then you have to say, ‘Okay, how can I make this better? What can I give it that’s going to make it better? Working with the sound, it’s not like music plays and everything else goes away. It’s really, again, you know, the precision of what works best with this. [‘Ciao Papa’] is so beautiful. We knew that as soon as I heard it, I said, ‘Wow, this song is going all the way.’ That’s all there is to it. It’s just so good.” 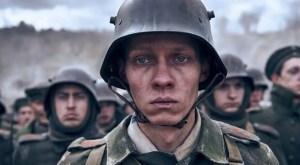 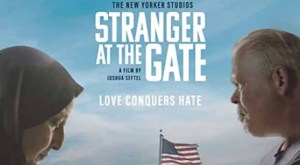