Lucie Arnaz Interview: ‘Will and Grace’

“Will and Grace” pays tribute to “I Love Lucy” on April 9. In “We Love Lucy,” Grace (Debra Messing), Jack (Sean Hayes) and Karen (Megan Mullally) each imagine themselves as Lucy Ricardo opposite Will (Eric McCormack) as her hubby Ricky. Part of the fun is seeing this trio of talent also play Fred and Ethel in various combinations.

In black-and-white fantasy sequences, Grace gets tipsy when Lucy does a TV commercial for the alcohol-laced Vitameatavegamin; Karen is in her element stomping grapes to make wine; and Jack is wrapped up in making candy. Lucie Arnaz, daughter of the show’s stars Lucille Ball and Desi Arnaz, appears in that last segment drawn from the classic episode “Job Switching.” She plays the factory forewoman who warns the girls that this is their last stop; if one piece of candy gets past them they will be canned.

In the video above, Lucie, relates the story of how this episode of “Will and Grace” came to be. Robert Greenblatt, the NBC executive who had greenlit the reboot before moving on to head up WarnerMedia, “called me for my permission and CBS to take the actual scripts. He said, ‘They don’t want to do it unless you think it’s a good idea.’ I thought it was wonderful. I spoke to CBS and they said yes, which I thought was pretty cool.”

The episode should reap Emmy bids for the hard-working costume, hair and makeup, and production departments. Lucie credits them for their tireless dedication. “It is unbelievable the way it was done: the props, set, hair and wigs. You walk on the set and think that this is the real set. I had such deep respect for their crew.”

For Lucie, this episode of “Will and Grace” is an example of “the healing power of laughter,” which is the motto of the National Comedy Center. That is an offshoot of a museum dedicated to her parents in Lucy’s hometown, Jamestown, New York.

“I Love Lucy” was inducted into the TV Hall of Fame in 1990, the same year that Desi Arnaz was singled out for this honor from the television academy. Lucie spoke fondly of her father, who pioneered the technique of filming simultaneously with three cameras in front of a live audience that series such as “Will and Grace” still use nearly seven decades later. As she explains, “necessity is the cause of the invention” before recounting her father’s tenacity to come up with the right way to showcase the skills of her mother. “What he should be credited for is saying, ‘Why not’ and figuring out how to do it by hiring the right people.”

Lucie recalls her own experiences with this method of filming when she co-starred with her mother in “Here’s Lucy.” She reveals that it was family friend Vivian Vance (an Emmy winner for playing Ethel) who inspired her to pursue her love of live theater after the series ended in 1974. Five years later, she made her Broadway debut in the Tony-nominated musical “They’re Playing Our Song.” The show’s book writer, Neil Simon, had another hit running, “Chapter Two,” which starred Laurence Luckinbill, After a whirlwind romance, they married in 1980 (and named their first son Simon).

Lucie and Larry won an Emmy in 1993 for the documentary “Lucy and Desi: A Home Movie.” Their competition: Katharine Hepburn‘s video memoir, “All About Me”; Oprah Winfrey‘s live interview with Michael Jackson; a Barbara Walters special; and a documentary on film pioneer D.W. Griffith. Lucie recounts the way that the winner of Best Informational Special was determined, which made it even more special. 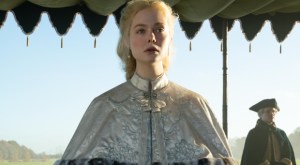 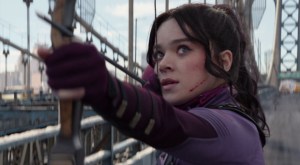 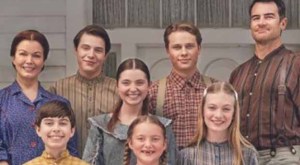 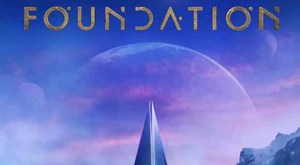