“It was really terrifying,” admits Emmy nominee Matt Bomer about his starring role on the USA Network anthology crime drama “The Sinner.” Bomer plays troubled school teacher Jamie burns, who struggles with rage, depression and suffocating emotional detachment. “For me personally, rage and anger is not an emotion I can fake. It’s something I have to dig into and find.” Watch our exclusive video interview with Bomer above.

Over three seasons of “The Sinner,” SAG nominee Bill Pullman has starred as Detective Harry Ambrose, who investigates bizarre new murder cases by identifying the psychology behind a killer’s actions, giving the audience insight into a character’s motivations, desires and demons. The show premiered in 2017 with Emmy nominee and executive producer Jessica Biel starring as a young mother who brutally murders a man without provocation. Its second season focused on a 13 year-old boy (Elisha Henig) who confesses to brutally poisoning a man and woman that he is traveling with.

This past season sees Bomer’s character involved in a suspicious car crash, and he spirals out of control as the episodes progress. Bomer admits that the role was so challenging and draining that it left him literally speechless when the cameras stopped rolling on the final day of shooting. “The final scene we shot was my final scene and within an hour of wrapping I completely lost my voice for two weeks! So there was something coming through me that needed to get out of me by the time we were finished,” he admits.

Despite his character’s questionable behavior, Bomer was keen for audiences to empathize with Jamie and not write him off as just another psycho. We never switch off and stop caring about him, largely because of the nuance that Bomer and showrunner Derek Simonds gave the character. Jamie is “suffering from a profound sense of spiritual disconnection,” he explains, which resulted in a suffocating pent-up rage that has terrifying and tragic consequences. The character’s journey culminates in a confronting scene where Jamie snaps and explodes in an excruciating, primal rage that we don’t see coming.

“I was very worried about it,” Bomer adds when looking back at that scene and what he had to access internally to give the scene the authenticity it needed. “So much of who Jamie was, was having one life on the outside and a whole different life boiling up inside of him and this was the most or the first really strong outward expression of we got of that. Just completely broken down, no barriers,” he recalls. “You just have to commit to the character’s circumstances and not care about what other people think because you’re going to have to look ugly, you’re going to have to look strange.”

Zachary Quinto interview: ‘The Boys in the Band’ 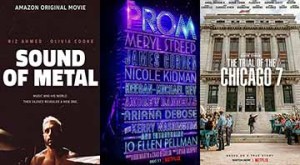 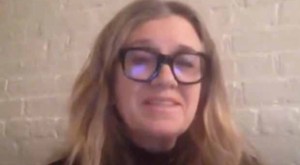