“There’s a lot of things in playing Esther that I wanted to get right. I’m glad I got to play her because I hope that I made people feel a little uncomfortable when they watched her,” she says, with a knowing smile. Watch our exclusive video interview with Grace above.

“The Handmaid’s Tale” is based on the 1985 novel by Margaret Atwood, starring Emmy winner Elisabeth Moss as June, one of thousands of enslaved handmaids in the authoritarian theocracy of Gilead. As the fourth season unfolds, June (Elisabeth Moss) leads a group of rebel handmaids as they continue their efforts to burn Gilead to the ground. However, her quest for justice and revenge threatens to consume her and destroy her most cherished relationships. Meanwhile in Canada, Moira (Samira Wiley), Emily (Alexis Bledel) and Luke (O-T Fagbenle) deal with the traumatized children who have escaped the oppressive regime, thanks to June’s clandestine efforts to smuggle them to safety across the border last season.

14 year-old Grace plays Esther Keyes this season, a pernicious and calculating child bride of an older Commander who rules her rural household with an iron fist. Unsurprisingly, this season of “The Handmaid’s Tale” is as dark as ever, promising a number of anticipated pay-off moments that have building over three pressure-cooker seasons.

From the season premiere episode, viewers are almost immediately confronted with Esther, a young and troubled teenager who has been abused, raped and married off to an older Commander. While she is pernicious and tyrannical to household staff, Esther is revealed to be deeply vulnerable and damaged under the surface, material that we don’t often see young actors take on with the authenticity that Grace manages on screen.

“I was honored that Elisabeth and [showrunner] Bruce Miller chose to cast me, a real 14 year-old to play Esther. Usually they’ll hire somebody who is 18 or 20 or 16 to play younger,” she explains. “People have been saying why would they hire a 14 year-old for this, it’s way too dark, the subject matter, she shouldn’t be doing this. But, if you’re that upset about a 14 year-old having to play this character who’s been raped and abused and sold-off and married to this old man, then maybe we should be upset about those 14 year-olds where that’s their reality. It’s everywhere. All the time this happens to girls. It’s not just made up in Gilead.” 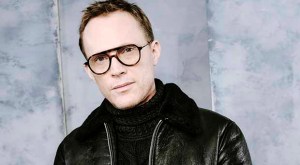 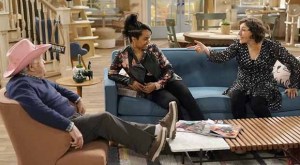 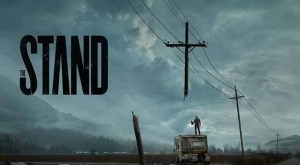 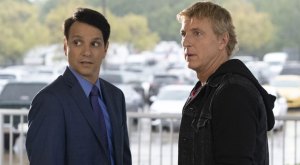