Michael Kenneth Williams Interview: ‘When They See Us’

“I was living my own version of being an at-risk youth in Brooklyn,” remembers Michael Kenneth Williams about growing up in New York City around the time the Central Park Five were wrongly accused and convicted of a brutal rape in 1989. Now he co-stars in the Netflix limited series “When They See Us,” which dramatizes the case and its aftermath. It hit close to home for the actor because as the real events were unfolding 30 years ago he wondered, “Am I going to be next?” Watch our exclusive video interview with Williams above.

Though Williams could identify with the teenage boys who were railroaded for the crime, he actually plays one of their fathers, Bobby McCray, who was manipulated by police into convincing his son Antron to give a false confession. It was a decision he lived to regret, and Williams could relate to that too. “My family was just as uninformed about the process of how things work within the system,” he admits. “That could have easily been my mom and me in that interrogation room. We were just as ignorant. We didn’t know what our rights were.”

Bobby wasn’t present for his family after that, but Williams found compassion for him, especially after speaking with Bobby’s wife Linda. “She spoke about her husband with such love, admiration and compassion that there was no need for forgiveness because she never even went to a place that warranted forgiveness,” he explains. “When everything was done and said she went to look for her husband. She knew that he was sick, and she insisted that he come back home.”

He adds, “For her to exhibit that kind of love and compassion for him as a human being, what right do I have to play him stereotypically?” What makes Bobby so tragic is that when he realized “that he was used as a pawn, when he realized that he was the nail in the ceiling of his son’s coffin, I think that guilt, that anger, that frustration and that shame drove him away. I truly believe that he thought his family would be better off without him.”

Since “When They See Us” premiered on May 31, the renewed attention on this story led publishing company Dutton to drop the case’s prosecutor Linda Fairstein (played in the series by Felicity Huffman), who had written a series of crime novels since her legal career. But “taking away their things” doesn’t matter to Williams “because no amount of money can give these five men back what was stolen from them.” But there is one thing they could do, however unlikely it seems: “I would really love to see her and that team of officers just start with a simple, ‘I apologize for what you went through.'” 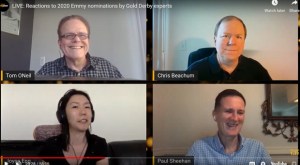 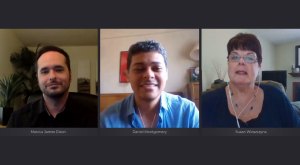 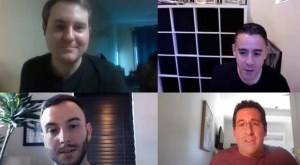 Emmys 2020 nominations slugfest: The good, the bad, the ugly 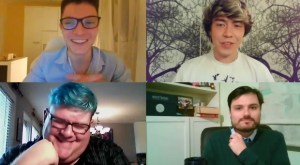