When Michelle Yeoh read Kevin Kwan‘s novel “Crazy Rich Asians” shortly after it was published in 2013, she was instantly crazy about it and Eleanor Young, the character she would eventually play in this summer’s smash hit film adaptation. “Kevin had me at the prologue when Eleanor when to London with her young child and they were not welcome to the hotel, and Eleanor Young does best and she buys the hotel,” Yeoh tells Gold Derby in an exclusive interview (watch above). “Immediately you’re so drawn to her character because I’ve always been drawn to strong women characters.”

Powerful and elegant with a death stare as fierce as her wardrobe, Eleanor is the matriarch of the wealthy Young family in Singapore. She’s wildly protective of her son Nick (Henry Golding) and does not exactly welcome his Chinese-American girlfriend Rachel (Constance Wu) with open arms. On paper, Eleanor is the classic overbearing mother stereotype who doesn’t think anyone is good enough for her son. And while yes, she does literally tell Rachel in the film that she’s not good enough for Nick, in the world of “Crazy Rich Asians” — and thanks to Yeoh’s deft portrayal — it’s a lot more nuanced than that.

Eleanor serves as a prism through which the film highlights the differences between Asian culture, which prioritizes family, and American culture, which prioritizes one’s self. For Yeoh, it was important to underscore that Eleanor’s beliefs and attitude are rooted in something deeper and greater, and she’s grateful that director Jon M. Chu and producers Nina Jacobsen, Brad Simpson and John Penotti refused to reduce Eleanor to “just a villain” standing in the way of Nick and Rachel’s happiness.

“We are given this amazing opportunity to take you to the other side of the world, where even if you’re not American-born Chinese, it’s like going to your roots and really knowing how it is back home. Because it is very, very different, whereby family values are much more important than personal ambitions and personal goals. So that self-sacrificing attitude and love for family is shown in very different ways,” Yeoh says. “It’s not shown by saying, ‘I love you’ — we don’t do that. Growing up, you don’t have your mother and your dad going, ‘Oh, come here, let me kiss you and tell you how much I love you.’ They’ll say, ‘Oh, you’re looking a little bit tired,’ which means ‘I’m going to make you the best soup.’ But that was how they expressed love — through food. … That is the old traditional way of expression of love, so it was very important at this point to also show through Eleanor the old values and how they need to be protected.”

Eleanor and Rachel’s tense relationship comes to a head in the pivotal mahjong scene, which was not in the book. The scene is packed with symbolism as Rachel — spoiler alert! — gives up a winning tile just as she tells Eleanor she turned down Nick’s proposal because she doesn’t want to break up his family. Yeoh’s eyes this time aren’t a sweat-inducing death stare but a flicker of realization that Rachel might be just what Nick needs.

“I think the most important thing was seeing this girl find her own inner strength was for [Eleanor] the biggest joy in that sense,” Yeoh says. “And when she walked away with her mother proud but not prideful — proud that she would do anything for the man she loved — and [Eleanor knew] that is the girl I’m looking for for my son.”

SEE ‘Crazy Rich Asians’ has a crazy good 2nd weekend at the box office, so will Hollywood stop underestimating people of color?

An icon of Asian cinema and a former BAFTA nominee (“Crouching Tiger, Hidden Dragon,” 2000), Yeoh would be the first Asian actress in 12 years to be Oscar-nominated if she makes the Best Supporting Actress lineup. That’s just slightly under half the length of time it took Hollywood to make another movie with an all-Asian cast, the previous being “The Joy Luck Club” (1993). The success of “Crazy Rich Asians,” which has grossed $234 million worldwide, has been “very empowering,” Yeoh says, and she hopes one day a film with an all-Asian cast won’t have to be touted as an “event.”

“I think after a while, you forget that it’s an all-Asian cast [in ‘Crazy Rich Asians’]. And that’s what I would like to see – that it’s not an event where we have an all-Asian cast. It should be the norm,” she says. “We should be able to be getting more roles like this. I think it’s proven the fact that we have globally fantastic Asian-American, Asian-Australian, Asian-English — just Asian actors who are able to give you what you want when you go to the cinemas.

“They are able to be amazing storytellers and that is what is so necessary. And that is something I’ve been fighting for [for] 30 years in my career, not just strong woman roles, [but] to break away the stereotype of what Asians should be and the type of roles,” she continues. “Yes, we are nerdy, we are quirky — we have all those — but you have to give us a full story and not just a two-dimensional, stick someone in there and say, ‘Oh, we have an Asian, we have a very diverse cast.’ That’s not it. But I do hope is to see many, many more of these opportunities for Asian storytellers in front of and behind the camera, so I am very grateful to be part of something that’s bringing in so much love and fun.” 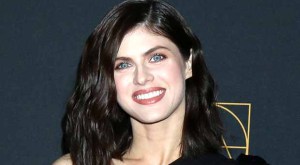 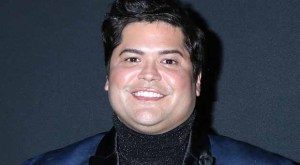 Harvey Guillén interview: ‘What We Do In The Shadows’ 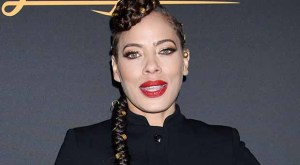 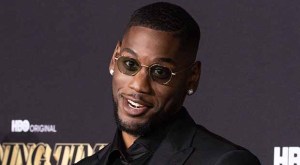