“It’s one of the best experiences of my career,” declares Nathan Lane. He’s speaking about playing Lewis Michener, a grizzled detective on Showtime’s “Penny Dreadful: City of Angels.” The story gives events from 1938 Los Angeles a supernatural bent and allows Lane to bring his character to surprisingly dark places. Watch the exclusive video interview above.

“This is about what’s happening now, seen through this historical perspective,” explains Lane. Series creator and writer John Logan was adamant that the show not merely be a pretty period piece. The show is not afraid to dive headfirst into the racism and tension of the time period. The questions permeating every story beat are “how does history repeat itself? Are the monsters within us?”

Lane’s detective is often seen as the moral conscience of the series. He takes rookie Tiago (Daniel Zovatto) under his wing when no one else dares partner up with the first chicano member of the police force. Yet, the actor admits that Lewis can be “rather ruthless.” “He’s very old school LAPD,” says Lane, “He comes from a generation where you can’t call in for backup. You handle things with your fist, or your nightstick, or your gun.” The multilayered character is a thrill for the veteran performer, who ultimately describes Lewis as a “wonderfully complicated and lonely, tortured soul.”

Logan wrote Lewis Michener for Lane after seeing the thespian star as Hickey in a revival of “The Iceman Cometh” at BAM. “It’s a gift out of the blue,” says Lane before joking, “Eugene O’Neill finally paid off!”

The actor shares many moments of his storied career in the theater, including his celebrated 30-year collaboration with the late Terrence McNally. The playwright wrote several roles for Lane, including “Lips Together, Teeth Apart” and “Love! Valour! Compassion!” When asked if there is any role left in McNally’s canon that he would still like to play, Lane smiles coyly and quips: “It’s too late for Maria Callas.”

Nathan Lane has won three Tony Awards for “A Funny Thing Happened on the Way to the Forum,” “The Producers,” and “Angels in America.” He has three additional nominations for “Guys and Dolls,” “The Nance,” and “The Front Page.” He has received six Primetime Emmy nominations for “Frasier,” “Mad About You,” “The Good Wife,” and “Modern Family” (he was cited for the later series three times). Additionally, he has picked up two Daytime Emmy wins for his voice-over work on “Timon & Pumbaa” and “Teacher’s Pet.” 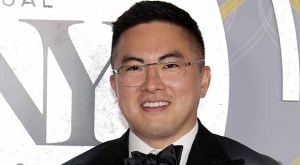 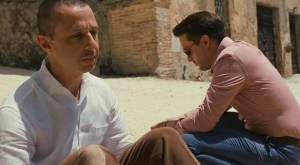 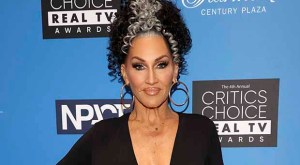 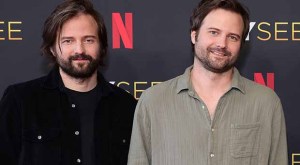