It was three years ago this month that Rachel Zegler’s life forever changed. On January 14, 2019, Zegler, then in high school, was officially announced to play Maria in Steven Spielberg’s “West Side Story” remake. More than 30,000 young women had auditioned for the role.

A lot has changed in the 1,085 days since that fateful announcement, including a global pandemic that delayed the release of “West Side Story” for a full year. As a result, by the time Zegler had received critical acclaim for her performance in the musical, she had already shot a key role in “Shazam! Fury of the Gods” and was cast to play Snow White in a new live-action version of the Disney classic. But despite all that success, Zegler, 20, is still beyond grateful she got to star in her very first movie for a director the caliber of Spielberg.

“It’s ridiculous to think about, truly. I cannot believe it still to this day,” she tells Gold Derby now about the opportunity to work with Spielberg. “I love Steven so much. … His name is so intimidating, but he is not. And it’s the most incredible thing that the second you meet him, it all just kind of melts away and there’s just this human being looking back at you who wants to get to know you. And when I was going through my casting process, he was very adamant about getting to know my parents and where I come from, and how I operate. It helps him. It influences the way he directs young people – knowing their relationship to their parents. How do they relate to authority figures in their life? And all of that wonderful stuff. And he has a great relationship with my parents as he does with myself.”

Written by Tony Kushner (the Pulitzer Prize winner who wrote “Lincoln,” which Zegler calls her favorite Spielberg film from when she was growing up), the new version of “West Side Story” goes to great lengths to better contextualize the relationships between the characters while also placing a priority on authenticity in its casting choices. (Zegler, who is Colombian-American, is one of a number of Latinx actors in the film, a stark contrast from the 1961 original.) The story tweaks are perhaps most apparent with Maria, who in prior versions is often played as submissive or foolishly naive and without agency. In the hands of Zegler, however, with the script by Kushner and Spielberg’s direction, the character is more recognizable to the teenage experience.

“The first scene, you see the most unexpected thing from her, which is an annoyance at the word go,” Zegler says. “She’s mad about this dress. She says in Spanish, ‘It’s the ugliest thing I’ve ever seen in my life.’ And she’s being a bratty teenager. And I think it was really wonderful that Tony wanted to bring to the forefront the fact that she’s only 18 years old. And there are so many things that you think you know when you’re 18, and you think you know better than all of the adults, you think that you’ve lived so much life. And she doesn’t realize that she’s going to learn probably, and I hope, the most important life lessons, that life doesn’t get much worse for her after that. But she’s going to learn all of these incredible hard life lessons in the next 24 to 48 hours. But it begins with her thinking she already knows better than everybody.”

Zegler was 16 when she first played Maria, on stage at the Bergen Performing Arts Center in her native New Jersey. She auditioned for the film that year as well and ended up on the set playing the part when she was 18.

“I certainly wasn’t a joy when I was a teenager and not getting my way,” she says of keying into the relatable nature of Maria and her displeasure over the famous white dress that is a signature for the character. “I wasn’t just being like, ‘Oh, well I guess I’ll wear it to the dance.’ No, I was pissed off. You’re an 18-year-old. What are you going to do? So I love that that dimension is there for her because it’s not something that I think you see with a lot of, especially teenage, roles. They’re usually played by adults who have probably forgotten what it was like to actually be in that. I was 18 at the time when I was playing the role, 17 when I was auditioning, 16 when I was auditioning. So it was just this crazy mixture of all of these things that I was feeling in my real life and in the real time that I was making this movie. And getting to bring that to the screen was just so incredible.”

“West Side Story” is in theaters now. 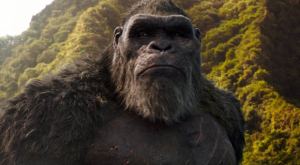 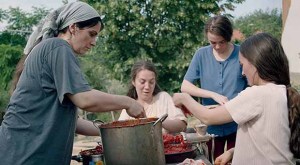 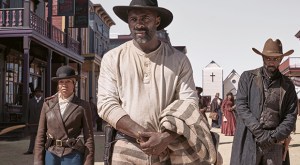 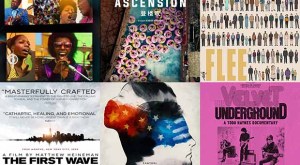