Writer-director Rian Johnson grew up reading Agatha Christie novels and wondered, “Could you do a movie that starts as a whodunit, turns into a Hitchcock thriller, and then turns back into a whodunit at the end?” That was the initial inspiration for “Knives Out,” which he first conceived of 10 years ago and was ultimately released on November 27. Watch our exclusive video interview with Johnson above.

SPOILERS BELOW FOR THE FILM:

“Knives Out” sets its mystery within the Thrombey family, gathered to celebrate the birthday of patriarch Harlan (Christopher Plummer), himself a famed mystery author. So when Harlan winds up dead everyone in the clan is a suspect, from Harlan’s children (Jamie Lee Curtis and Michael Shannon) to his devoted caretaker (Ana De Armas). The film’s plot architecture is complex, but even though Johnson has experience with twisty narratives — including the hard-boiled detective homage “Brick” (2005), and the time travel thriller “Looper” (2012) — this brand of whodunit is arguably even more challenging to assemble.

Unlike “Looper,” in which he could establish his own rules, “everything has to actually make sense” in a real world-set mystery like “Knives Out.” “Everything has to line up, and every detail does have to fall into place … In a way you have to almost to be more fastidious.” That’s why he spent more time outlining the film than writing out the actual script. But that time wasn’t just spent figuring out plot mechanics. He focused on “what is drawing the audience through sequence by sequence … what the stakes are, where we’re going with it, and what the turn is at the end of each one of those sequences that catapults us into the next set of stakes.”

And there’s more at stake than just solving a murder. The film also explores class and race dynamics in 2019 America. “It’s something that the whodunit genre is uniquely suited to because … it creates a little microcosm world of society … and you have a power structure within that microcosm,” Johnson explains. “It’s something Agatha Christie always did. She was never a heavy-handed political writer, but she was always examining contemporary British society through the lens of all these different characters.” And that’s something we don’t get nearly as much of in a modern American context.

We spoke to Johnson the week “Knives Out” was honored by the American Film Institute and the National Board of Review. “It makes me super happy,” he says of the recognition, but “the most gratifying thing for me has been … traveling around to different film festivals and different screenings and just watching the movie with different audiences. Really the reason we made this movie was to create a good time in the theater, create something where you could just go in and have a blast with a big audience … That’s what it’s all about.” 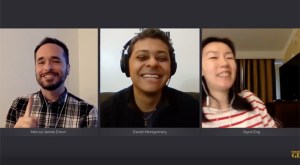 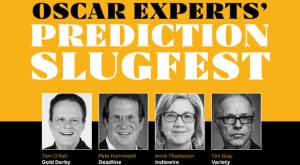 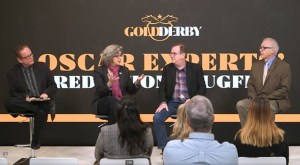 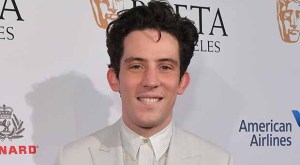