“It is super surreal. As a kid, I watched the Oscars my whole life,” admits Disney visual effects supervisor Sean Faden on his visual effects Oscar nomination for “Mulan,” the first of his career. “It’s pretty amazing! You get a lot of outpouring of congrats from friends and family. It’s a very busy texting day,” he smiles.

“Getting nominated is a huge honor, because you are being judged by your peers,” agrees Weta Digital visual effects supervisor Anders Langlands, nominated with Faden alongside their colleagues Seth Maury and Steve Ingram. Watch our exclusive video interview with Faden and Langlands above.

“Mulan” is Disney’s live action remake of its classic 1998 animated feature, a $200 million China-set action drama directed by Niki Caro (“Whale Rider”) and starring Liu Yifei in the title role, Gong Li as sorceress Xianniang and Jet Li as the Emperor. After the film’s intended multiplex roll-out was thwarted a year ago by the coronavirus pandemic, the studio shifted it to its Disney+ streaming platform last fall. But, unlike many other “tentpole” action blockbusters that were shelved in 2020, “Mulan” became a commercial and critical success, earning two Oscar nominations this year, for visual effects and for Bina Daigeler‘s costume design.

Notwithstanding the film’s broad appeal, both Faden and Langlands were nervous about whether their work would make it through the rigorous VFX “bakeoff” process earlier this month, where all members of the motion picture academy’s visual effects branch are invited to view video presentations for the ten films shortlisted by that branch’s executive committee.  Now that “Mulan” has claimed one of the coveted five slots in the Best Visual Effects lineup, both nominees suggest that what set their film apart might ultimately have been the film’s epic visual scope.

Langlands agrees, noting that the groundbreaking work on the vast Imperial City was particularly challenging from his perspective. “Creating a city in CG is hard! Because of the scope and the amount of stuff you have to put in. There’s buildings, there’s trees, there’s walls, there’s rivers, there’s roads, the people that go in it, the color and signs of life to make it feel like a real lived-in space.”

Faden adds that a lot of the more intricate and nuanced work their team delivered was to give the film a more immersive and authentically Chinese look and feel. “While we did shoot some second unit in China, everything for the most part was shot in New Zealand. Our main unit never went to China,” he reveals. “We ended up doing a mixture of either adding Chinese elements to New Zealand footage, or even our Chinese footage needed a lot of ‘zhuzhing’ up, to make it look more like historical China, or make it look more aspirational, more Disney,” he explains. 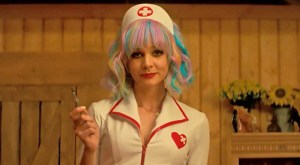 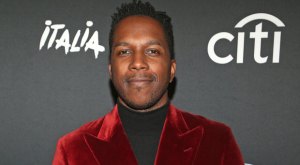 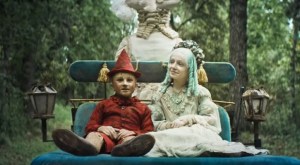 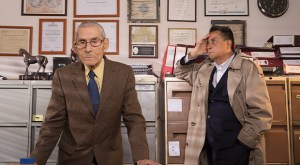