Steven Canals, the co-creator and producer behind FX’s “Pose,” felt it necessary to take the show to a deeper and darker place in Season 2. A large part of the season centers on the HIV/AIDS epidemic that plagued New York City in 1990, leading many characters like Pray Tell (Billy Porter) to become more active in standing up for their right to live. “There’s a lot more politics I think embedded in the narrative this season and that certainly was intentional on our part,” Canals states in an exclusive new interview with Gold Derby. “I would be remiss if I didn’t say that we, obviously, as a writers’ room, were paying attention to the current administration so I think a lot of the policies that have recently gone into place and the ways that LGBTQ people have been targeted by this current administration certainly lent itself to us creating a narrative that in many ways addressed that.” Watch the full video interview with Canals above.

A major moment at the beginning of Season 2 involves the release of Madonna’s ballroom-inspired music video for “Vogue,” which becomes a mainstream sensation and leads to some mixed feelings among the community. For Canals, it was important for “Pose” to suggest that “no one person can represent an entire community or group. One of the things that we wanted to address is the fact that ballroom as a community is not a monolith.” This is true not in relation to the music video release but also the different ways we see characters becoming involved in activism and the conflicts that emerge even between those who have the same goal.

Season 2 also found Canals in a new role, making his directorial debut on Episode 8, the climactic “Revelations.” Heading into the season, the multi-hyphenate consulted with fellow EP/director/writer Ryan Murphy about making the big leap to the director’s chair, feeling like it was finally time. “For me, being able to get behind the camera was all about enriching my relationship with the cast,” Canal explains. “As a creator, certainly as a writer, I have tons of conversations with the cast about story and about character arcs, but being the person who’s actually directing the episode, it takes that relationship to a whole new level because I’m now not simply talking about the characters but I’m also modulating the performances.” This was especially important for a character-driven episode like “Revelations,” which finds the House Evangelista breaking apart amid secrets and betrayed trust.

Canals is also still reflecting on becoming the first Latinx producer nominated for Best Drama Series at the Emmys last year, alongside fellow history-making “Pose” producers Janet Mock, Our Lady J and Silas Howard. It was particularly special for Canals, who had 167 meetings with people in the industry before finally getting “Pose” greenlit. “It was so mind-blowing to see our show up there as one of the nominees,” he remembers, “and then obviously to see Billy win in the lead actor category, even almost a year later, it’s still really hard to wrap my brain around because I think I started taking the messaging that maybe there isn’t room for a show like this to exist, so to be a member of the LGBTQ+ community who’s created a show about LGBT people that now makes its way to the Emmy stage, it’s kind of beyond words.” 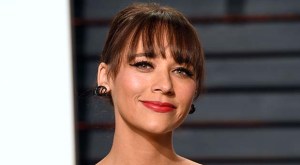 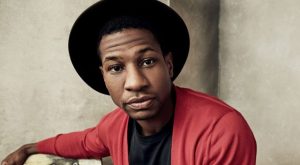 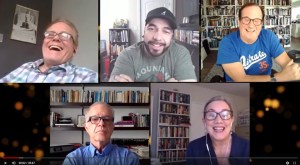 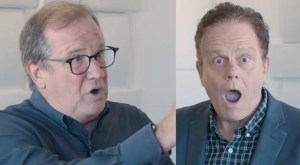